Be a good neighbor: no free lunch for employees 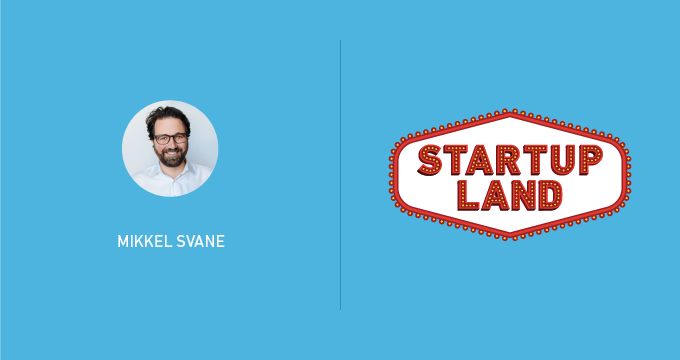 This post is part of our new Founders’ Story series from Zendesk co-founders Mikkel Svane, Morten Primdahl, and Alexander Aghassipour. You can read more of Zendesk’s founding story in the new book Startupland: How Three Guys Risked Everything to Turn an Idea Into a Global Business.

So many companies have fantastic lunch policies, offering epically cool and free onsite meals as an employee perk. Employees love Google’s 30 places to dine on campus, Twitter’s 19th century log cabins in its cafeteria or Facebook’s new menu every day. And employers love people to stay in and eat their lunch at work and never leave the office. It’s obviously a great way to get a lot of work done.

We don’t have free lunches at Zendesk. It’s not that we don’t want people to get work done. Sure we do. And it’s not that we predicted the IRS might crack down on this. We thought about these policies, debated the idea of it, and ultimately decided not to offer free meals because we wanted our people to get out of the office and support the little ground-floor retail businesses that are so important to a neighborhood. We’re not in Silicon Valley; we’re in San Francisco. We believe in the concept of an urban campus: using the City for our pathways, with offices located within a block or two of each other, connected at street level by the sidewalks, restaurants, and cafes that make up the neighborhood.

We moved to the Tenderloin in 2011, and as we grew we decided to stay here. I love this neighborhood with its turn-of-the-twentieth-century architecture, its storied past of corruption and vice, and its happening future with a booming tech and creative scene. I like being a part of the hustle and bustle of the streets and I want our team to experience it as well. This city and this neighborhood have been very good to us, and in return, we want to be good to them.

Here’s a round up of my favorite spots in the neighborhood to spend your money, also known as the Zendesk off-campus meal plan.

Tu Lan. I love this legendary Vietnamese place that’s older than our average employee. You have no idea what you’re going to get when you order, but it’s always a huge portion and a delicious meal. It was once recommended by Julia Child, and yes, I know it was once shut down by the Department of Health, but it’s been back in business for while now, and I’ve never gotten sick. Pro tip: Eat in, and you’ll smell like your lunch all day.

Show Dogs. Why would we bring in gourmet salads when we’re walking distance from wild boar sausage or a pickled hot link? We wouldn’t.

The Hall. This is across the street from our HQ building, it’s temporary (so go now and go often while you still can), and it sells delicious, sustainable eats from six local vendors with awesome names like Whole Beast and Cassia (a.k.a., bastard cinnamon). From the morning coffee to a happy hour with tiny production beer and wine, think of it like a 4,000 square foot annex. Take that, Google!

Equator Coffees & Teas. We’re excited about this new addition to the Warfield Building—we’re ready to give them a warm welcome. They’ll reportedly have outdoor seating and use a state of the art brewing technology so this shouldn’t be hard.

Chai Bar by David Rio. They’re opening under their own flag—and right in our building! The space will be nearly 2,600 square feet—a lot of space for chai, even when the “flavor library” includes vanilla, mango, and maple. The café will also serve a Japanese-influenced menu for breakfast and lunch, plus small plates and drinks in the evening when it turns into a lounge. Startup style, it will be giving away products to get feedback. Test it out and help them get out of beta!

The Mikkeller. Despite the name, no relation (really). 42 taps and specialty bottles from around the world. After work, not during work, please.

Also, a note on dinner in the office: We don’t do that either. Our “no dinner in the office” policy is designed so that people go home and spend time with their families. It’s very Scandinavian and very un-Silicon Valley. We like to end work at 6:00; no one sleeps under their desk, and no one should bring their laundry to work. Please do that at home too.